Reflecting on the significance of the airline to the country, Ashok Pathirage, Chairman of SriLankan Airlines stated, “For the past four decades, we have been flag bearers of the nation through thick and thin. SriLankan Airlines has not only prevailed through each challenging chapter that the country has had to navigate through, but endeavored to help the country back on its feet. From sustaining travel and trade links between Sri Lanka and the world as other airlines cut back on flights to Sri Lanka due to the country’s ongoing economic crisis to bringing down stranded Sri Lankans home during the thick of the pandemic in the recent past, SriLankan has always been a pillar of strength to the nation. The resilience of our legacy is really the resilience of our people, and I would like to thank every employee of SriLankan Airlines for their show of dedication and commitment that has seen us through difficult times.”

SHL’s retail sector accounted for 54% or Rs. 45 billion of Group revenue in the first nine months of FY22.

The retail sector revenue improved with a strong 44% growth to Rs. 16.9 billion during the third quarter while the cumulative turnover figure reported a growth of 49% to Rs. 45.3 billion. Cumulative sector EBITDA rose 88% to Rs. 4.3 billion while the quarter witnessed a 94% surge to Rs. 2.3 billion for the retail sector. The retail sector delivered another quarter of strong progress as cumulative PAT recorded a remarkable YoY turnaround to report Rs. 441.1 million compared to a loss of Rs. 1.96 billion in 1-3QFY21. Quarterly PAT reached Rs. 934 million as opposed to a loss of Rs. 139 million in 3QFY21.

The SHL disclosure did not include the estimated cost of acquisition.

“Our investments over a decade ago helped the business and the sector in Bangladesh grow and due to the nature of international private equity investment, we have to exit now,” he said.

Softlogic has a very strong track record and expertise in the fields of ICT, healthcare, retail, financial services, automobile and leisure industries.

Quadir hopes that they will add significant value to the retail chain business in the coming days.

To offer a hassle-free modern grocery shopping experience to the burgeoning upper-middle class in the capital, Rahimafrooz, one of the oldest corporate houses of the country, opened the first supermarket outlet of Agora in the then Rifles Square, later named Shimanto Square, in 2001.

In the following year, Gemcon Group opened its first supermarket Meena Bazaar at a nearby location in Dhanmondi.

They, along with some other players including Nandan, were mainly catering to the affluent early adopters in buying daily essentials from a single store under the same roof. Supermarkets’ main appeal also used to include the diversity in products on shelves.

In 2008, ACI entered the industry with a big buzz aiming to make super shops a common peoples’ destination.

Aggressively investing in lots of new stores, ACI’s supermarket chain Shwapno succeeded in its mission to a fair extent and became the market leader by far as the average urban consumers began to go there.

Shwapno already opened 207 stores, 55 are large superstores and the remainder are being run by franchisees across the country.

To keep pace with the industry, Agora welcomed its new investor Frontier Fund in 2009, which began with a 49% stake in the company.

Following gradual investments, the foreign private equity investor turned majority shareholder of Agora and now needs to exit like what it is doing in the case of other portfolio companies, including two-wheeler manufacturer Runner Automobiles.

Agora, by now, has 18 superstores of various sizes in Bangladesh – 15 in Dhaka, two in Sylhet and one in Chattogram to offer everything the busy people need in their kitchen.

With an estimated annual turnover of around Tk 500 crore, Agora is the second largest player in the industry, while Meena Bazaar with 15 superstores is breathing down its neck.

Also, Pran-RFL venture Daily Shopping with their convenient store model has had over 50 smaller chain stores.

Hypermarket chain Unimart, supermarket chains Princebazar, Lavender and many new entrants are growing in their own market base with a much smaller number of stores.

Bangladesh Supermarket Owners Association general secretary Zakir Hossain, said chains, which are members of his association, are now operating over 300 superstores in the country, while many more modern retail stores have grown outside the association’s purview.

Shwapno Executive Director Sabbir Hasan Nasir said that including non-chain superstores, the total number across the country might have crossed 1,000 already.

“The industry is bound to grow,” said association leader Zakir Hossain while explaining the increasing demand for supermarkets.

Changing lifestyle is not allowing an increasing number of urban people to take all the hassles in traditional wet markets as they do not feel like bargaining, or rechecking the product quality amid a tight schedule.

In the first half of the previous decade, the industry grew at an annualised rate of 35%, but a discriminatory value added tax (VAT) on packaged items bought from supermarkets slowed down the growth to an average of 25% in the second half of the 2010s.

During hardship, the supermarket sector’s growth is coming down to single digits often nowadays, according to him, as the middle-class are not happy with the extra VAT in superstores, which they do not need to pay in neighbourhood stores.

Like all other regional peer economies, Bangladesh also began to attract investments in supermarket chains two decades ago. But here it is still scratching the surface, while in Sri Lanka, Indonesia, Thailand, the modern stores almost ascended to be synonymous to retailing.

Sabbir Hasan Nasir said modern retailers, including the non-chain ones, in the country are generating an annual turnover amounting to around Tk 3,000-Tk 3,500 crore.

Meena Bazaar CEO Shaheen Khan said modern retail is still not more than 2% of the national retail figure, while by now, Sri Lankan superstores are contributing to over 42% of the country’s annual retail turnover, and it is even higher in many other peer economies in the region.

Nasir said the industry’s repeated requests for a level-playing field with the wet markets remained ignored; that is why the industry is still way behind its potential.

Meena Bazar’s Shaheen Khan said the discriminatory VAT, the excessive tax on capital machinery a supermarket needs must be rationalised.

Zakir Hossain said when the Bangladesh Food Safety Authority Act was enacted in 2013 and the authority formed in 2015, investors thought that it would boost modern retailing as unhygienic slaughtering, unhygienic handling of other food items would be banned. But nothing changed in reality.

Since Bangladeshis’ per-capita income crossed $ 2,000, modern retailing has all the right reasons to flourish a lot as many customers would prefer the convenience, traceability and assurance it offers, said each of the industry people.

The successful Sri Lankan investor must have analysed the potential of the sector, Zakir Hossain said.

“Now it would depend on the government whether it wants the needed take-off of modern retailing or not,” he added.

Asked on Saturday, neither the Meena Bazaar nor Agora authorities clearly said what happened to their deal on the table two years back regarding Meena Bazar’s interest to acquire Agora.

According to the Bangladesh Bank sources, before the pandemic, Meena Bazaar entered into an agreement with Agora owners to acquire its larger competitor for Tk 249 crore.

But the deal value needed to be approved by the Bangladesh Bank, as Agora was not a publicly-traded company and the sheer part of the sales proceeds would be remitted abroad.

The central bank approved a price of Tk 181 crore for 100% Agora shares, as it has some set valuation methods to follow. 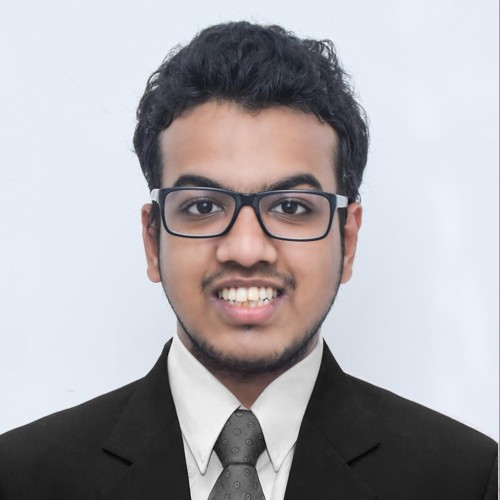